In what is likely to become a trend around the country, California’s Public Employees Retirement System just watched $69 billion go up in smoke as the coronavirus panic has gripped global markets.

CALPERS total fund balance is now about $335 billion, down from a record high of $404 billion only one month ago. CALPERS administers pensions for about 1,500 local governments around the state, as well as California state employees, according to the Sacramento Bee.

The California State Teachers’ Retirement System doesn’t publicly report its value as often, but likely suffered similar losses. As of the end of February, its balance was about $243 billion. If it were to have fallen by the same amount as CALPERS, it would likely be somewhere near $200 billion now.

The losses stand to have a profound impact on California, as cities, counties and schools will have to pay CALPERS more in upcoming years to make up for the losses. . . 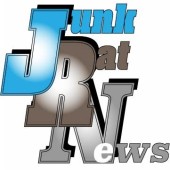 Who am I? Well, I'm just a guy. I've been snapped out of the matrix just this year, and have rediscovered my love for my community and fellow man. My side project here is an attempt to bring some more truth into this world, because there is a lot of lies and misinformation to fight back against.

Is Trump throwing free speech down the toilet?

This site uses Akismet to reduce spam. Learn how your comment data is processed.