Facebook confirmed to BuzzFeed News that it has sent a cease-and-desist letter to Clearview AI, asking the company to stop using information from Facebook and Instagram. 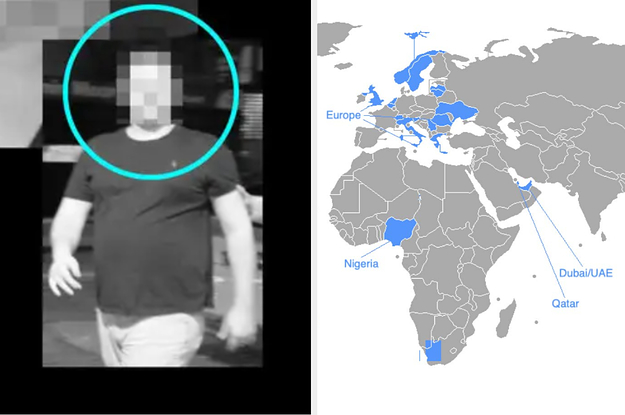 As legal pressures and US lawmaker scrutiny mounts, Clearview AI, the facial recognition company that claims to have a database of more than 3 billion photos scraped from websites and social media, is looking to grow around the world.

A document obtained via a public records request reveals that Clearview has been touting a “rapid international expansion” to prospective clients using a map that highlights how it either has expanded, or plans to expand, to at least 22 more countries, some of which have committed human rights abuses.

The document, part of a presentation given to the North Miami Police Department in November 2019, includes the United Arab Emirates, a country historically hostile to political dissidents, and Qatar and Singapore, the penal codes of which criminalize homosexuality.

Clearview CEO Hoan Ton-That declined to explain whether Clearview is currently working in these countries or hopes to work in them. He did confirm that the company, which had previously claimed that it was working with 600 law enforcement agencies, has relationships with two countries on the map.