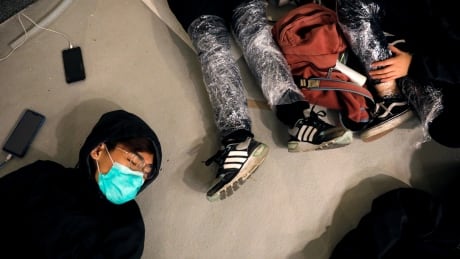 Inside the increasingly empty and trashed campus of a Hong Kong university only a handful of activists held out on Thursday as they desperately searched for ways to escape or hide while squads of police encircled the grounds.

Much of Hong Kong’s Polytechnic University, which teemed with 33,000 students, faculty and staff in the most recent school year, has become a deserted wasteland.

Hundreds of anti-government protesters had fortified the campus and engaged in street battles with riot police earlier this week.

But now the number of protesters has dwindled to fewer than 100, turning the grounds into an eerily empty compound scattered with debris and defaced with political slogans.