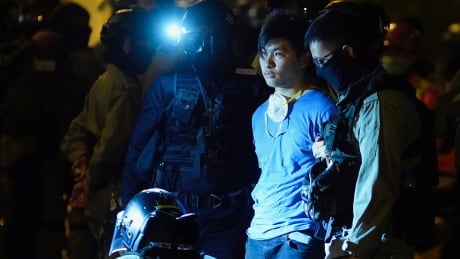 Some anti-government protesters trapped inside a Hong Kong university on Wednesday tried to flee through the sewers, where one student said she saw snakes, but firemen prevented the escape by blocking a trapdoor into the system.

Reuters witnesses said fewer than 100 protesters remained inside the Polytechnic University, ring-fenced 24 hours a day by riot police and barricades, after more than 1,000 were arrested since late on Monday.

Some surrendered while others were grabbed in escape attempts that included trying to clamber down ropes to waiting motorbikes.