“American history is happening in Eritrea but not as bad or maybe worse,” the Girls Trip actor wrote in a previously unseen Twitter group chat. 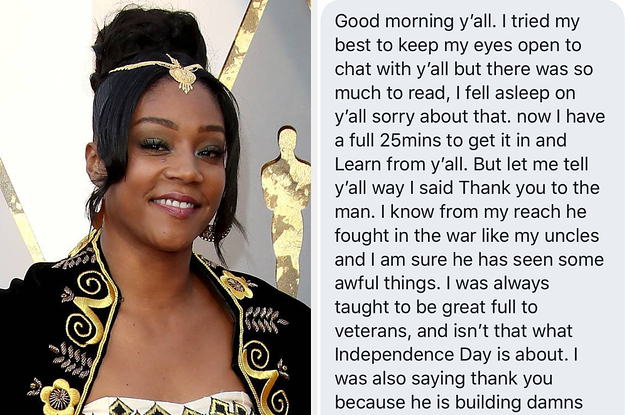 LONDON — Standing side by side in front of rows of cultivated plants, a man and a woman beam at the camera, in a photo that could come straight from a family holiday album. The woman on the left is instantly recognizable to millions of people: the actor, comedian, and author Tiffany Haddish. The man on the right is less familiar, but behind the warm smile and the friendly arm across Haddish’s shoulder is one of the world’s longest-ruling dictators, Eritrea’s Isaias Afwerki. Since coming to power 27 years ago he has been accused of ruling in a ruthless and brutal manner, as Eritrea earned the nickname the North Korea of Africa in the process.

What was Haddish, whose career is founded on making people laugh, doing embracing a man like Isaias?

The picture was taken in January 2018 when Haddish visited Eritrea, the country of her father’s birth, for the first time.

In May 2019, she returned to become a naturalized citizen, and left behind a copy of her acclaimed autobiography, The Last Black Unicorn, for Isaias. It was signed with the message, “my brother, my president, thank you for doing what you do.” Her visit coincided with Eritrean Independence Day.